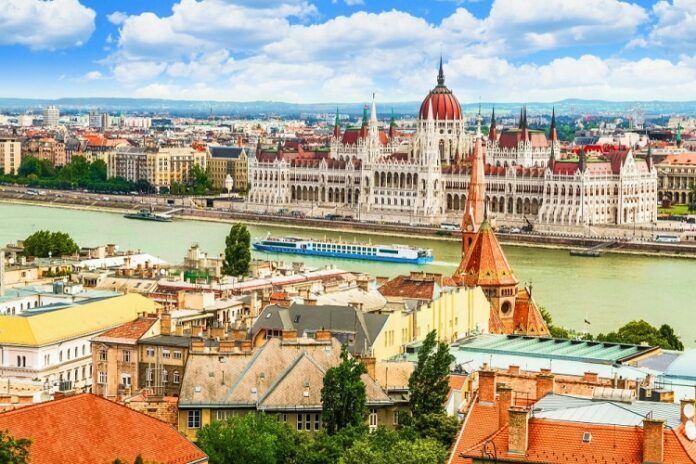 The Danube is a beautiful and magnificent river. It passes through 10 countries. The river begins in Germany and pours into the Black Sea. It passes through many popular cities and tourist destination sites on its course. On a Danube river cruise, you will see beautifully designed architectural feats, historic landmarks and explore the rich culture and cuisine of the people in the cities and quaint little towns. If you are planning on cruising, you should see the following sites;

Budapest, the capital city of Hungary, is popularly recognized for its many UNESCO world heritage sites. You will get the chance to see the palaces and museums in Castle Hill, the famous Opera House and the Chain Bridge which links Budapest. While in Budapest, you should visit the Hungarian Parliament Building which was opened in 1902. You can also try out tantalizing Hungarian cuisine such as the Hungarian Goulash.

Stift Melk is a Benedictine monastery that was built in the 11th century and sits on top of a hill. It was a palace which monks turned into an abbey, equipped with a library and a church. From its walls, you can glance at the huge picturesque valley that has vineyards. The vineyards produce some of the best European white wines. Wine lovers will appreciate tasting delicious wine because the region has many wineries. In fact, the region has more than 200 wineries.

The castle is huge and you can explore it for days. You should also visit the Slovak National Museum of History to enrich your historical knowledge.

The cobblestone streets of Passau are lined with restaurants and markets. In St. Stephen’s cathedral, you will see the biggest cathedral organ in the world and experience the 17,000 pipes producing amazing hymns. You can also visit the Veste Oberhaus, which is a 13th century fortress. It has a museum, eateries and an open-air theatre.

This palace is situated in Vienna and has 1,221 rooms. The residence was purchased by Maximillian II, a Holy Roman Emperor, back in 1569. The palace and the gardens are major tourist attraction sites that have been drawing tourists since the 1950s. They became UNESCO world heritage sites in 1996.

This is where the Rhine river begins. The gorge is surrounded by mystery and myths. Interestingly, the section of river from Koblenz to Bingen was declared a UNESCO site in 2002. The area has its own microclimate and has beautiful views.

Cruising along this river is very enjoyable because you will be able to see so many historic, religious and cultural attraction sites such as St Stephen’s Cathedral in Germany, Bratislava Castle in Slovakia, Rhine Gorge, Chain Bridge in Budapest and the Stift Melk in Australia. You will also explore the culture, beliefs and cuisine of the different countries and cities you will pass through on your voyage. You will get a very rich travelling experience.

Travel hacks for your next trip to Hong Kong

Why Enrol in an RYA Course?

3 Days in Broome: What to do

What You Will Find in Bali chapel wedding ceremonial packages

Visiting Sardinia to spend a classic time with your loved ones

What You Can Hire Private Chauffeurs For

Jason Paul - June 27, 2022 0
Private chauffeurs are a great way to save money on your commute. If you don't mind the company of a driver, they can help...
Travel

Jason Paul - January 14, 2022 0
You should plan how you’ll get to the hotel before the flight because there are lots of options to choose between. When traveling in...
Hotel & Restorant

Is luxury cruising Worth It?

Jason Paul - December 9, 2021 0
The benefits of luxury cruising are plentiful. There is something for everyone on a luxury cruise, from the plush accommodations to the fabulous food....
Travel

Jason Paul - May 21, 2021 0
We spend too much time loaded with work and swamped with household chores, sometimes unhinged with the number of things to do and a...
Travel

The most interesting Polish curiosities by ITS DMC Poland

Jason Paul - May 4, 2021 0
Usually the biggest, the oldest and the highest are adjectives that catch people’s attention and tourists’ in particular. People greatly enjoy having photos from...

Travel hacks for your next trip to Hong Kong

A Simple Plan For Researching Trips

Learning The “Secrets” Of Limos

Tips For Having A Safe And Secured Holiday Trip

What Are The Benefits Of Cycling.

Travel Nursing – A Career Choice That Is Thriving

What You Will Find in Bali chapel wedding ceremonial packages